Shocking news: When you have a baby, your life changes big-time. 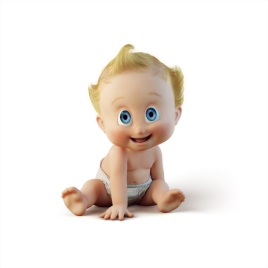 Okay, not so shocking, but as a new parent, I didn’t know what to expect. And really once the baby came, it was a fairly straightforward roller-coaster. Feed baby, change baby, try to sleep, try to eat, and put that on a loop.

With all of this going on, I didn’t want to lose my identity. Sometimes I felt like a human-machine, whose sole purpose was to nurture this new baby. I didn’t like that feeling. I want(ed) my life to have merit in its own right.

I’m not saying that I should have felt that way or that it was a reasonable way to feel (after all, the kid will grow up and become less dependent on me), but at the time I wanted to have something that was just about me. And wow did that sound egotistical!

That’s where writing came in. It’s an absolutely personal endeavor (at first). And now we get to the point.

I became more productive under time stress because the time stress was so absolute it made me want to grab in desperation at whatever I had left!

When I was a bachelor I had so much time. And because of all that time, I was more of a consumer than a creator.

But now that I have a wife, child (and another one on the way), a full-time job, and schooling of my own, I cherish the time I get to work on “my own things” more than ever, and because of that, I wrote my first book, and am knee-deep in my next one. Case in point, I’m writing this while my throw-up-sick-kid is taking a nap.

What about you? Ever feel the same way as I did, or am I just a ego-centric weirdo?