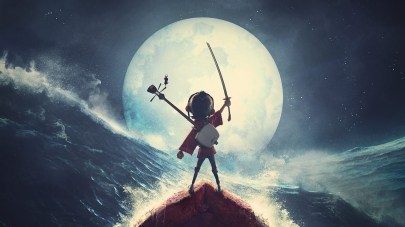 I don’t see movies in the theatre often. My life is exceptionally busy. But Kubo was one of the handful of movies that I made it a point to get out and see (and support). Its rating on Rotten Tomatoes was quite high and I’d heard a lot of good about the film, so I was super stoked to see it.

Given the hype did I leave the theatre with as much enthusiasm? Yes…and No…but mainly Yes.

Full disclose. I loved Coraline and liked Paranorman, two films from the same studio (Laika). They made Boxtrolls as well, but I was never interested in that one. I had high hopes for Kubo. It’s probably too early to rate them, but I think I’d rate Coraline over Kubo…with Paranorman coming in 3rd and Boxtrolls not in the running because I haven’t seen it.

So, I’ve been praising the movie a lot. So what is the flaw?

The villains and the theme.

The antagonist’s motivation is not well communicated and when he shows up for the final battle, he wasn’t interesting and I couldn’t connect with him at all.

I think that damaged the theme as well. In the final confrontation Kubo basically screams the moral of the story at him, but it didn’t resonate. The drama up to that point felt so real and earned, but when it came to a head with the antagonist, it didn’t connect.

My final thoughts are that I love this movie, but wish it didn’t hiccup in the end. The first two acts of the story were so great and immersive. I loved the characters and themes building, but like Kubo himself failing to give a great ending, the story seemed to rush its final battle in a fairly generic way.

One last thought about the ending – when it reveals how the story was named…perfection!